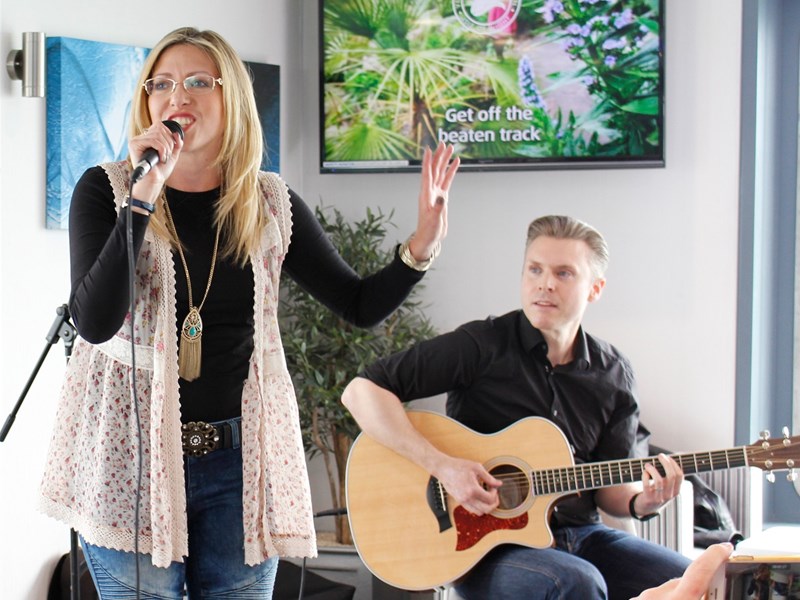 ISLE of Wight singer/songwriter BeX has joined the likes of REM, the Pet Shop Boys, Blondie and Paul McCartney on a new playlist celebrating the Isle of Wight.

BeX’s single Time to Stop the Rain has been added to Wightlink’s Sounds of Summer Spotify playlist after topping a public vote in a competition run in partnership with the Isle of Wight County Press.

Besides a spot on the Sounds of Summer playlist alongside some stellar names, BeX will also be given the chance to perform a gig on board a Wightlink sailing and also a free passage for her and her band to a future mainland gig.

The rest of the Sounds of Summer playlist features 75 songs nominated by Wightlink customers.Marketing and Innovation Director Stuart James said: “We wanted to create an iconic soundtrack to the summer of 2017. A soundtrack which people can download, share, stream, and listen to whenever they like – recapturing that happy, Isle of Wight holiday feeling.

“BeX’s song fits in perfectly with the spirit of Sounds of Summer and takes a worthy place alongside many other great tunes. BeX has already performed an on board concert for us during this year’s Isle of Wight Festival and we will be delighted to welcome her back for another performance.”

BeX said: “I am thrilled to hear my debut single Time To Stop The Rain has been chosen for the Wightlink Sounds of Summer competition and Spotify playlist, a big thank you to everyone who voted.”

Songs by Island artists also chosen for the playlist by the general Wightlink vote include Derek Sandy’s Welcome to the Isle of Wight and Nakamarra’s Temptress. Many other songs are by bands who have played at Island music festivals. A County Press reporter

The Sounds of Summer playlist is available at  http://www.wightlink.co.uk/do/sounds-of-summer/